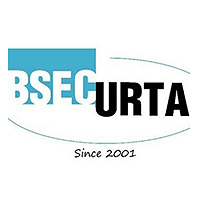 The Black Sea region constitutes the heartland. The whole landmass has always been at the cross of East-West, North-South routes. There civilizations emerged, prospered and disappeared shaping diverse peoples, cultures, reforms, and ideas in the flow of a long history, going back millenia to the Paleolithic and Caleolithic ages. In ancient times a "Black Sea culture" centering on sea-faring and trade flourished which later was influenced also by the Silk Road, its relics giving rise to some resemblances in this vast region.

These dynamics underlie the centuries old turbulence of the Black Sea region.

A Fresh Breeze - BSEC on the Scene

In the closing decade of this century, rapid changes captured the Black Sea region nitiating a dramatic transformation in the area. This difficult but challenging transition, second to none in the world, continues. It has brought the region to a new threshold. The success of this movement is in the interest of security and stability both within and outside the Black Sea region.

At this stage the Heads of State or Government of 11 countries in the region;

Albania, Armenia, Azerbaijan, Bulgaria, Georgia, Greece, Moldova, Romania,Russia, Turkey, Ukraine meeting in Turkey signed the Istanbul Summit Declaration and adopted the Bosphorous Statement on 25 June 1992 giving birth to.
With it, a new era started; the BSEC turned its back to a troubled, often volatile past and began marching towards a promising future.

Aim of BSEC establishment of BSEC-wide security, stability, prosperity.
Its mechanism regional economic cooperation BSEC went through stages. Briefly hereunder is the progress:
The period from the emergence of BSEC on 25 June 1992 to the establishment of BSEC Permanent International Secretariat on 10 March 1994 constitutes the FORMATIVE STAGE.

These are milestones in shaping BSEC and mark its CONSOLIDATION STAGE.

- From political declaration to legal charter
- The Yalta summit of the heads of state or government convened on 5 June 1998 and signed the BSEC charter. Following the ratification formalities the charter came into force marking the official inauguration of the organization of the Black Sea Economic Cooperation on 1 May 1999.

BSEC by this Act

Pledged the enduring commitment of its eleven signatories;
Emerged as a Regional Economic Organization;
Acquired a new status with legal identity on the international plane;
Adopted a legally binding CHARTER replacing the political Declaration of Istanbul as its principal instrument.

And by the
- Istanbul summit declaration of the heads of state or government (17 november 1999)
ushered RESULT-ORIENTED PROGRAMS and PROJECTS STAGE .